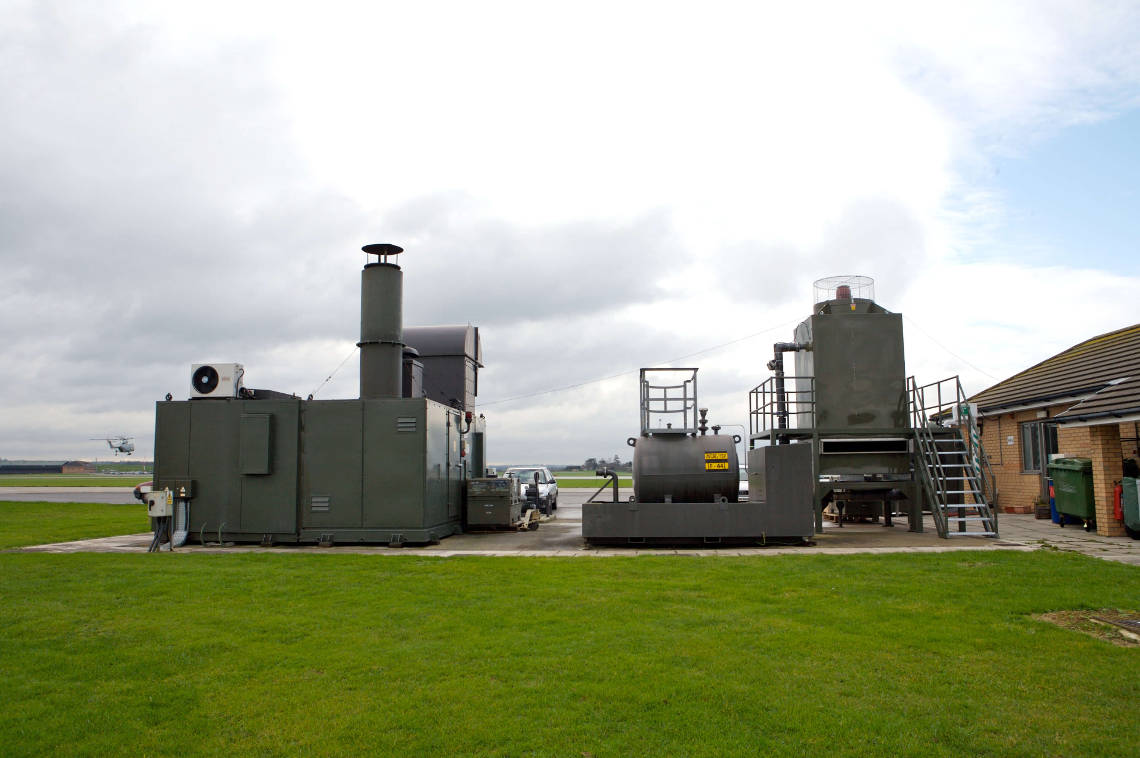 IAC Acoustics A/S is the leader in the construction of test cells for testing dismantled aircraft engines as well as upgrading existing test cells.

Among others, we build test facilities for the following engine types:

APU Testing Facilities are Test facilities for auxiliary engines. Auxiliary engines are most frequently referred to as APUs (Auxiliary Power Unit). APUs are used to start the main engines of most aircraft, military vehicles, rockets and spacecraft, but can also act as a power supply to other systems when the main engine is out of service.

The APU must be tested regularly to ensure that it functions as it should. In a typical test procedure, the APU is started and loaded under a variety of conditions, so that on this basis it may be ensured that the performance, fuel consumption, vibration, and other operating factors are optimal.

The APU, which is a high-power engine, is placed in the test facility which, for safety reasons, is located away from control equipment and personnel. A typical engine test facility is capable of reading and processing process signals relating to the control and measurement of motor fuel, power and performance.

Give us a call!

Learn how we can help you
and your business!